5 Things You Need to Learn About Bitcoin

A lot of people have learned about Bitcoin through hearsay or research, but most people, except experts in our country, don’t really know what Bitcoin is and how it works in this cryptocurrency world. In this article we tried to prepare an easy guide on this topic. We wish you a pleasant reading.

First of all, Bitcoin is a cryptocurrency that is not tied a central authority or bank. This means that no government or bank has any control over it.

Unlike today’s banking system and traditional money control, transfers can be made through the virtual network at much lower costs. Another advantage is that it allows for much faster transfers than the traditional system.

The mechanism that controls and manages all these transactions is called “Blockchain” technology, the technology involved in the formation of Bitcoin.

History and Origin of Bitcoin

When we look at the general chronology of the crypto coins, the crypto currency with the longest history is Bitcoin. BTC, which has left its 10th year behind as of 2019, started its journey in 2008. It was first introduced in 2008 by Satoshi Nakamoto, the creator of BTC. In 2009, the crypto currency transfer officially started.

It is natural that Bitcoin beginners feel the need to learn more about Satoshi Nakamoto. But, the whole world agrees that this name is merely a nickname.

There is no clear information about the story or the true identity of the Nakamoto. Despite a lot of speculation over the internet, a lot of people said that they were Nakamoto, the founder of Bitcoin, but none of them could prove it. Australian businessman Craig Wright is just one of them.

Satoshi Nakamoto broke off the flow of information about the BTC project when calendars showed the year 2010. He never appeared after that date.

The first recorded Bitcoin transfer occurred between Satoshi Nakamoto and programmer Hal Finney. On January 11, 2009, a transfer of 10 Bitcoin from Nakamoto to Finney took place. Hal Finney tweeted this transfer “Running Bitcoin” on his twitter account.

The first real exchange with Bitcoin was in May 2010 when a man named Laszlo Hanyecz received only 2 pizzas for 10,000 Bitcoins.

What will be the future of BTC?

There are many views about the future of BTC, the first crypto currency of humanity and the world. It is very difficult to clearly state which direction it will gain momentum. It is obvious that it gained momentum in recent years. Although it is mostly asserted that BTC will have a very ambitious future, it is not convincing to the majority that its financial future will continuously progress in this momentum.

There are those who want us to stay away from BTC and those who strongly recommend that we invest in BTC. If you want to make an investment in crypto money, we recommend that you investigate the issue well. If you want more information, you can read related content from our blog and improve your knowledge about BTC. 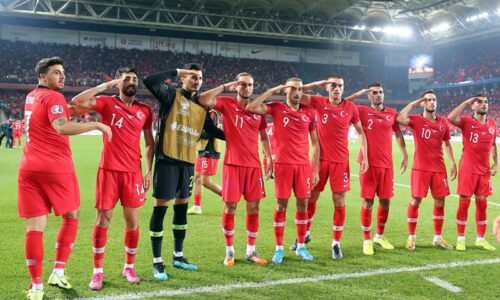 France-Turkey Match Tickets Can Be Bought With Cryptocurrencies