Blockchain-Based Messaging Platform from the US Army

Naval Air Warfare Center, a California-based research group within the U.S. Navy, announced that it has signed a blockchain initiative with Simba Chain for nearly $10 million to create a secure messaging platform.

“The platform will be up this year, with ongoing updates over the next 4 years,” Joel Neidig, CEO of Simba Chain, told Cointelegraph on February 6, 2020.

According to statements in the press release published yesterday, the navy research group stated that the Ministry of Defense has agreed with Simba Chain to secure the transaction and communication infrastructure required to be installed on the blockchain.

The Naval Air Warfare Center has given $9.5 million in support to Simba Chain from the budget created upon the implementation of innovation on small businesses. The agreement will take four years.

“This is the first of many contracts,” said Simba Chain CEO Neidig, stating that this development is a start and many contracts are on the way. ” We will be announcing the next contracts later in the spring,” he added.

They’ve worked together before

For Simba Chain, US-focused military studies are not the first. The blockchain initiative attempted, in August 2019, to create a blockchain-based supply chain solution for the U.S. Air Force.

Based on the lines in the press release, Simba Chain has made its enhancements on the existing Ministry of Defense platform and created the blockchain-based communication system, adhering to the old SBIR contract. Finally, they are work on the complete distribution of the solution.

The established communication platform makes it possible to exchange data securely, while being applicable to land and sea operations.

Neidig continued his words as follows:

“This is a win not just for SIMBA and our partners, but also for the DoD, which has pursued with single-minded focus, a solution to conduct sensitive, mission-critical operations in a manner that is immutable and non-refutable. We plan to deliver a ‘bulletproof’ platform that meets all objectives.” 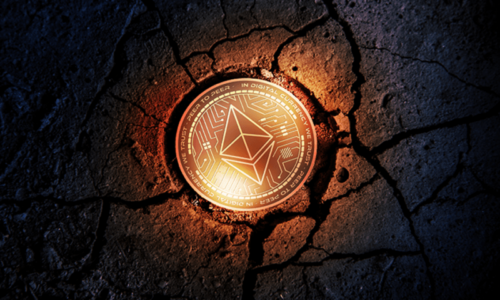