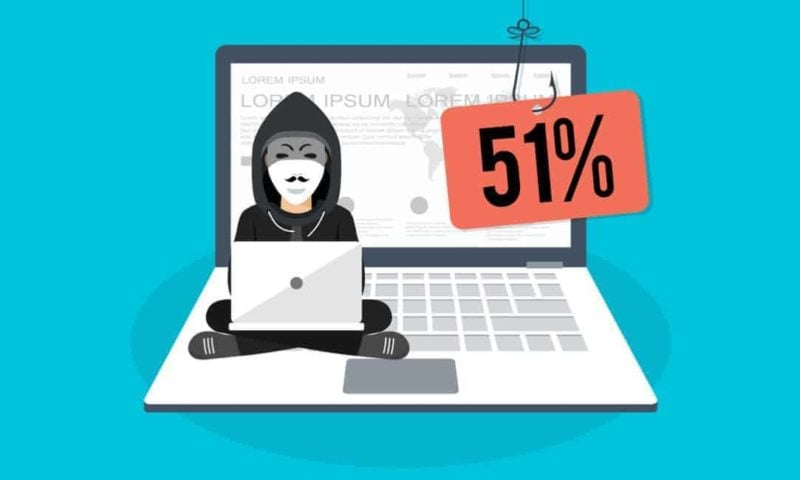 Before talking about 51% Attack, it is very important to know about mining and Blockchain-based systems . The concept of 51% Attack, which is theoretically possible, is seen as a defect in open Blockchain networks. It means that the majority (51%) of the network is managed, seized, or manipulated by a single person.

Even if a person who owns 51% of the Bitcoin network cannot fully gain control of the entire network, it may make it difficult for the system to operate by disapproving certain transactions. However, damaging the network is unlikely. It is absolutely impossible to reverse the long-term transaction, to create a coin that has never existed and steal money from other people’s wallets. One of the strengths of Bitcoin and Blockchain technology in its infrastructure is the decentralization of data creation and validation.

Due to the Bitcoin algorithm (Proof of Work), it is absolutely certain that the miners agree to verify a new transaction block only if the network has agreed on the accuracy of the block hashes that the miner has considered. As a decentralized recording and distributed system, the Blockchain system prevents a major central organization from using the network for its own purposes. That is why, there is no authority in the Bitcoin network.

Since mining operations require investment in high levels of electricity and accounting resources, a miner’s operating momentum is based on computational power and it is called the Hash rate or Hash power. There are many mining nodes in major locations. The purpose of these nodes is to compete with each other to find the next valid block hash and to get rewards with the created Bitcoins.

The question that summarizes all of this is what happens if you do not distribute the Hash rate well and safely? For example, what happens when a formation holds more than 50% of the hash rate? One of the most likely results is the %51 Attack.