Solidity was first proposed by Gavin Wood in August 2014. It was later decided that it would be managed by the Solidity team under Christian Reitwiessner, who also took part in the Ethereum project. Solidity is one of three languages ​​designed to target EVM, the Ethereum Virtual Machine. The others are LLL and Serpent.

Nowadays, Solidity is the mother tongue of Ethereum. Traces of Solidity are also found on some platforms competing with Ethereum.

A research assistant from Cornell University said that Solidity was partially responsible for the DAO attack in 2016. Technically, this was not considered a defect. The reason was that the Ethereum Virtual Machine continued to work as intended.

Solidity is a statically written programming language designed to develop smart contracts that operate on the Ethereum Virtual Machine (EVM). Solidity is compiled as bytecode executed in EVM. Developers, using Solidity, can write applications that implement a self-enforcing working mechanism that is turned into smart contracts and leave an authoritative record of the transaction.

In this article, we explained what Solidity is and its history. Visit our blog page for information about Bitcoin, Ethereum and other cryptocurrencies. You can browse through the topics you want to know about. If you want to buy cryptocurrency, you can read our articles “Buy Bitcoin“or “Buy Bitcoin with Credit Card”. 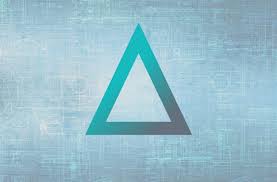 What is Salt Coin?